I had to tell to everybody that Silvie has a great times now! She successfully finished her first U.K. rats operation in BMSU and as you can see from the picture, both rats are not 100% happy :-), 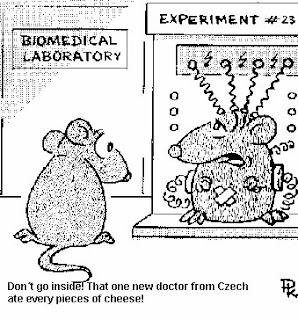 but they are alive and look good. Meanwhile she took a third place in finally results at NOC Summer league in orienteering. She defeated Petr and Petr is very frustrated. All good things are three,on Sunday she married with Petr! Is it joke or not?! You can guess from photos.
Vystavil Unknown v 11:38